The Idea of Cultural Heritage (Paperback) 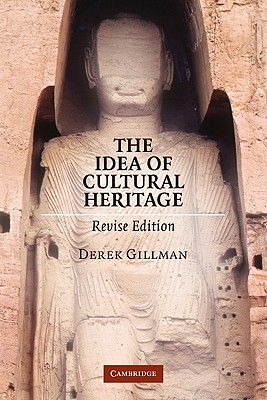 The Idea of Cultural Heritage (Paperback)


Not On Our Shelves—Ships in 1-5 Days
(This book cannot be returned.)
The idea of cultural heritage has become widespread in many countries, justifying government regulation and providing the background to disputes over valuable works of art and architecture. In this book, Derek Gillman uses several well-known cases from Asia, Europe, and the United States to review the competing claims that works of art belong either to a particular people and place, or, from a cosmopolitan perspective, to all of humankind. Noting the importance of cultural roles and narratives in shaping heritage, he looks at the ways in which the idea of heritage has been constructed. He focuses first on Britain and the writings of Edmund Burke and then on China and its medieval debate about the nature of our culture. Drawing on a range of sources, including the work of Ronald Dworkin, Will Kymlicka, and Joseph Raz, Gillman relates debates about heritage to those in contemporary political philosophy and offers a liberal approach to moral claims and government regulation.