One God: Pagan Monotheism in the Roman Empire (Hardcover) 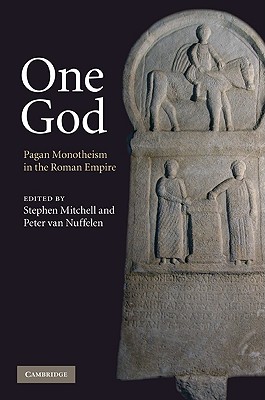 One God: Pagan Monotheism in the Roman Empire (Hardcover)


Not On Our Shelves—Ships in 1-5 Days
(This book cannot be returned.)
Graeco-Roman religion in its classic form was polytheistic; on the other hand, monotheistic ideas enjoyed wide currency in ancient philosophy. This contradiction provides a challenge for our understanding of ancient pagan religion. Certain forms of cult activity, including acclamations of 'one god' and the worship of theos hypsistos, the highest god, have sometimes been interpreted as evidence for pagan monotheism. This book discusses pagan monotheism in its philosophical and intellectual context, traces the evolution of new religious ideas in the time of the Roman empire, and evaluates the usefulness of the term 'monotheism' as a way of understanding these developments in later antiquity outside the context of Judaism and Christianity. In doing so, it establishes a framework for understanding the relationship between polytheistic and monotheistic religious cultures between the first and fourth centuries AD.