The Florentine Academy and the Early Modern State: The Discipline of Disegno (Hardcover) 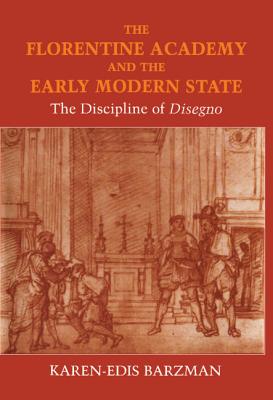 The Florentine Academy and the Early Modern State: The Discipline of Disegno (Hardcover)


Not On Our Shelves—Ships in 1-5 Days
The Florentine Academy and the Early Modern State R constitutes a genealogy of the academic, confraternal, and guild practices of artists in Florence, from the mid-sixteenth to the mid-eighteenth centuries. It examines the institution's everyday practices, for which its daily transactions, expenses, sources of income, and seemingly inconsequential rulings provides an index, along with its official statutes, public mandates, and "extraordinary" proceedings, many of which have remained unpublished until now. Together with theoretical, critical and historiographical primary sources, these documents provide a picture of the operations and work of the Florentine Academy and the processes that governed the gestures, dictated the behaviors, and shaped the thought of those who moved within its walls. Looking diachronically at identity formation within a particular institution of the Medici state, this study also examines the connections between the Academy and an emergent public sphere within which modern bourgeois subjectivity took shape.