My Search for Spirituality in Jainism (Hardcover) 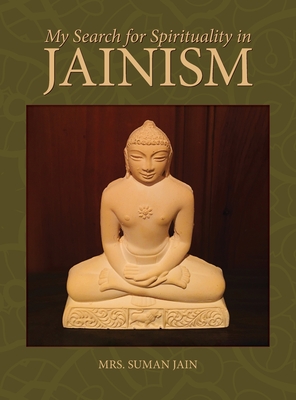 My Search for Spirituality in Jainism (Hardcover)

Jainism was one of the major religions in ancient India, but at present it is a minority religion with no more than three to four million members. In spite of their numbers, Jains form a significant part of the elite and prosperous middle class of India and are occupied in business, industry, banking, trade, and commerce. They are well known for their philanthropy, charitable institutions, art, and works of public welfare.

Jainism continues to be a living religion which has preserved in large measure the integrity of its origins. Its message is of love and goodwill, non-violence and peace, internal as well as external, personal as well as universal.

My Search for Spirituality in Jainism presents Jainism through its history, philosophy, symbols, cosmology, scriptures, and art. Part memoir and part travel narrative, it follows Suman Jain's journey in coming to understand her faith through reflections on her own experiences. It goes into depth about such wide-ranging topics as:

In this way, My Search for Spirituality in Jainism explores the ways that Jainism and its practice are more than ever relevant in the modern world.