Where the Stars Sing (Paperback) 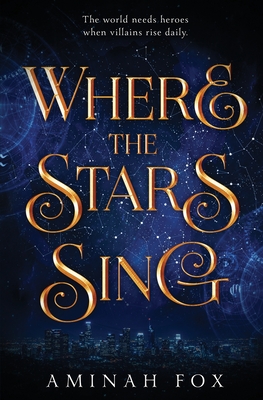 Where the Stars Sing (Paperback)

Charles Sykes, a humble farm-boy and comic-book fan, survived an accident that left millions dead-and while some ordinary people developed extraordinary gifts afterward, he lost his father. But, like the rest of the world he's in awe of the Wonders' heroism; they're what's gotten him through his mother remarrying. Well, them and his rabbit Frankie, hanging out with his grandfather Harrison, and spending time with Arthur, a handsome wealthy schoolmate from the county's outskirts. But one day, Charles leaves for college in search of something more.

Ten years later, he returns home. Having rarely spoken to Arthur or Harrison. And, in less than 24 hours, he's had contact with both-a brief run-in with Arthur, and Harrison has enlisted him to decipher a mysterious book. Charles decides to help, but the dangers that lurk ahead are far beyond his imagination. As he's drawn into the city's dark underbelly, Charles soon makes a series of unnerving discoveries forcing him to make a choice that could alter his life forever. It's a tale of impossible love and tragedy, of fantasy and longing, in a time where being different was celebrated change was still needed.