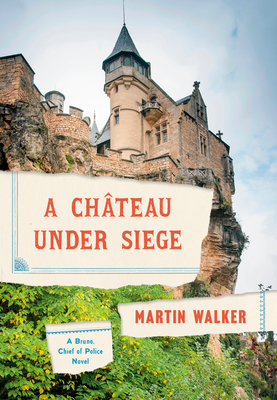 This is book number 16 in the Bruno, Chief of Police Series series.

When an actor in a local play is attacked during a performance, Bruno must learn whether it was an accident, a crime of passion—or an assassination attempt with implications far beyond the small French village.

The town of Sarlat is staging a reenactment of its liberation from the British in the Hundred Years’ War when the play’s French hero, Brice Kerquelin, is stabbed and feared fatally wounded. Is it an unfortunate prop malfunction—or something more sinister? The stricken man happens to be number two in the French intelligence service, in line for the top job. Bruno is tasked with the safety of the victim’s daughter Claire, as well as his old Silicon Valley buddies, ostensibly in town for a reunion. One friend from Taiwan, a tycoon in chip fabrication, soon goes missing, and Bruno suspects there may be a link to the French government’s efforts to build a chip industry in Europe—something powerful forces in Russia and China are determined to scuttle. Wading through a tangle of rivalries and secrets, Bruno begins to parse fact from fiction—while also becoming embroiled in some romantic complications, and, of course, finding time to put together some splendid meals.
MARTIN WALKER, after a long career of working in international journalism and for think tanks, now gardens, cooks, explores vineyards, writes and travels. His series of novels featuring Bruno, Chief of Police, are bestsellers in Europe and have been translated into more than fifteen languages. He divides his time between Washington, D.C., and the Dordogne.