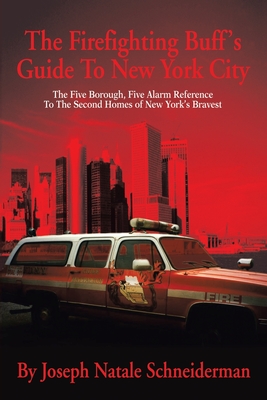 
Not On Our Shelves—Ships in 1-5 Days
(This book cannot be returned.)
For the past 10 years, Joseph Natale Schneiderman has visited 55 firehouses in the grand City of New York. He is a "Buff", or someone who visited firehouses in their spare time (it also meant once that someone rode with them if they so chose ). So, come with him, on his 5-borough journey to these 55 firehouses, as you learn about the history of the firehouses and fire engines, firefighters, and his personal experiences. You'll also see plenty of non-firefighting related things to do, like restaurants and other points of interest in the area of his visits

Joseph Schneiderman, despite being from and living in Bloomfield, Connecticut, is a total New Yorker at heart, as his beloved mother and father are from the Bronx and Brooklyn respectively. He has been to 190 firehouses total, mainly in the Northeastern United States. He plans to become a firefighter in New York.