Why God?: A Skeptic's View of Religion (Paperback) 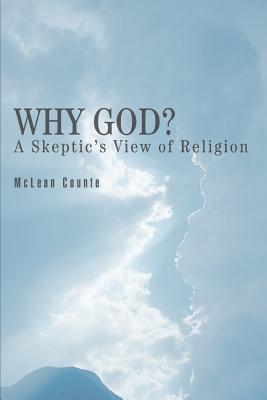 Why God?: A Skeptic's View of Religion (Paperback)


Not On Our Shelves—Ships in 1-5 Days
(This book cannot be returned.)
The prevailing attitude in today's society is that all living things, our world and the universe was created and is under control of an omnipotent God. Civilizations from simple tribal groups to mighty nation, ancient to modern have worshipped supernatural deities, gods or a God. Do people living in today's sophisticated, industrial societies really believe in a God that was born in ancient times out of ignorance of nature and its workings?

Since there is no proof that God exists, doubts about his existence are always present. Doubts are disclosed in subtle ways to avoid being labeled a non-believer or even worse, an atheist.

For 2000 years, the Christian religion has been a way of life for most of the western world. It has shaped our lives by moral teachings supposedly handed down by God, for which we must be eternally grateful by paying homage to Him for our very lives. Where would the world be today if Christianity had not taken over the European world when the Roman Empire fell? WHY GOD? takes on these daunting subjects by examining these beliefs and attitudes.