Justice Denied: The United States vs. the People (Paperback) 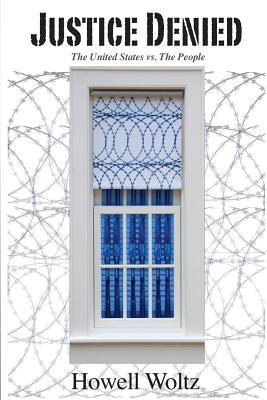 Justice Denied: The United States vs. the People (Paperback)


Not On Our Shelves—Ships in 1-5 Days
(This book cannot be returned.)
Revised and updated January 2014. Justice Denied is the true story of Howell Woltz' journey through the United States System of Justice and its Federal prisons. Arrested at his farm by the FBI in April, 2006, Howell served 87 months in Federal prison though never convicted by any court with jurisdiction. Told with wit and wisdom, this book reads like a thriller, but its content destines it to become a legal classic and handbook for reform.
Born in Mt. Airy, NC, Howell Woltz has three children and currently lives at his farm in Advance, NC, writing and fighting for reform of the American System of Justice, which now incarcerates more of its citizens than any nation on earth or in history. Mr. Woltz earned a degree in Economics from the University of Virginia, also attending Wake Forest University's Executive MBA program and Caledonia University in Glascow, Scotland for post-graduate studies. More information can be found at www.howellwoltz.com.