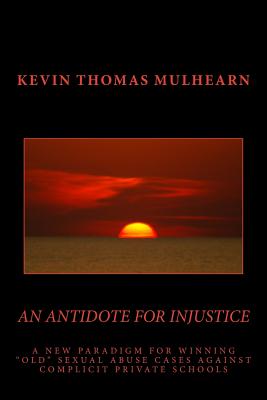 
Not On Our Shelves—Ships in 1-5 Days
(This book cannot be returned.)
State and federal courts in New York State have long been hostile to "old" sex abuse cases brought by adults who were sexually assaulted as school children years, if not decades, ago, by their teachers, coaches, or administrators. The overwhelming but wrong-headed consensus in the legal community is that these victims are unable to obtain justice, even after the veil of secrecy and deceit is lifted, because of the draconian statutes of limitation in place. Kevin Thomas Mulhearn, a leading attorney in this area, shatters the conventional wisdom in this systematic and detailed legal analysis which demonstrates that: - A school and its culpable officials should be held accountable for misrepresentations to students (and their parents) about the safety of the school and the trustworthiness of the faculty. - Fraud and accrual elements and principles, both of which have been grossly under-utilized and misinterpreted, are the linchpins in the road to justice. - As the acts and practices of a school are consumer-oriented if they were part and parcel of a school's efforts to sell its services to prospective students, several New York consumer protection laws may be used by survivors to obtain justice. - Title IX, a federal statute which prohibits discrimination on the basis of sex (including through sexual harassment and/or assaults), may be triggered if a school which receives federal financial assistance covers up for its known sexual predator employee(s). Kevin Mulhearn challenges the reader to rethink his or her assumptions about the governing law in school sex abuse cover-up cases. He argues that well-settled legal rules and principles lead to but one reasonable conclusion: a school and its officials which cover up for the sexual assaults of the children in their care, by protecting a known sexual predator and thus allowing more children to be abused, should face legal accountability regardless of how long after-the-fact the school's deceit is exposed to the public.
Kevin Thomas Mulhearn has practiced law in the state and federal courts in New York State since 1990. He was the lead attorney for the twelve plaintiffs in Zimmerman v. Poly Prep, CDS, a landmark case filed in the U.S. District Court for the Eastern District of New York in which the Court denied the school defendants' motion to dismiss the case on timeliness grounds. (Plaintiffs alleged that they were abused by the school's football coach for various periods from the 1960s through the 1980s, but did not file suit until October 2009). Mr Mulhearn has represented, and continues to represent, numerous adults who allege that they were sexually and/or physically abused as children at other private schools in New York such as The Horace Mann School, The Marsha Stern Talmudical Academy-Yeshiva University High School for Boys, St. Francis Preparatory School, and The New York School for the Deaf (Fanwood). Mr. Mulhearn has also written several guest columns for The New York Daily News on the Penn State sex abuse scandal. He lives in a suburb north of New York City.