The Idea of a University (Paperback) 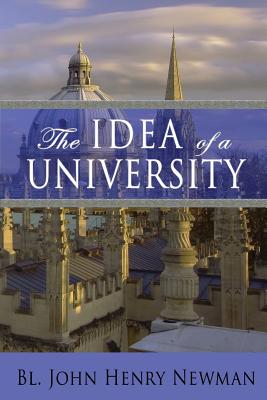 The Idea of a University (Paperback)


Not On Our Shelves—Ships in 1-5 Days
(This book cannot be returned.)
One of Newman's best and most accessible books, "The Idea of a University" stands among the central texts of the Oxford Movement and remains a crucial reference point for the modern revival of Catholic education.

Newman assembles a series of his key discourses and lectures exploring the purpose and mission of Catholic liberal education, the primacy of theology and its relation to other disciplines, classical studies, modern science, and intellectual rigor. The result is a profound and energetic exploration of the centrality of wisdom in academic culture and Christian life.

Blessed John Henry Cardinal Newman (1801-1890) was England's greatest convert and theologian of the nineteenth century. His many written contributions to Catholic thought and culture include An Essay on The Development of Christian Doctrine, A Grammar of Assent, Apologia Pro Vita Sua, and Callista.