Gorillas In The Mist (Paperback) 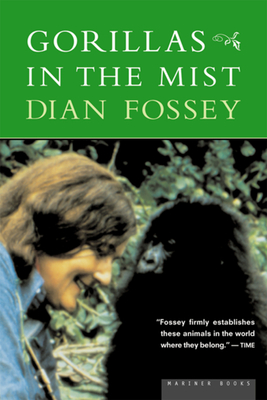 Gorillas In The Mist (Paperback)


On Our Shelves Now at:
The inspiration for the Academy Award–nominated film, Gorillas in the Mist is the riveting account of Dian Fossey's thirteen years in a remote African rain forest with the greatest of the great apes.

Fossey's extraordinary efforts to ensure the future of the rain forest and its remaining mountain gorillas are captured in her own words and in candid photographs of this fascinating endangered species. As only she could, Fossey combined her personal adventure story with groundbreaking scientific reporting in an unforegettable portrait of one of our closest primate relatives.

Although Fossey's work ended tragically with her murder, Gorillas in the Mist remains an invaluable testament to one of the longest-running field studies of primates and reveals her undying passion for her subject.

Dian Fossey was born in 1932 and is widely regarded as one of the most dedicated preservationists in history. Her life ended with her murder in 1985, which is still unsolved.

"A classic of its kind."

"A fascinating combination of breathtaking adventure and absolute devotion to a cause." -- Farley Mowat —