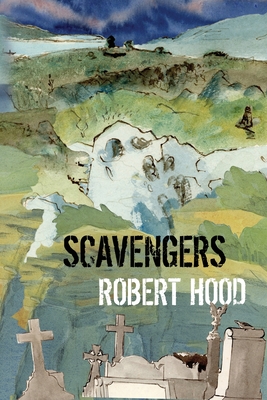 Mike Crowe doesn't believe in ghosts, but it seems there's one ghost that believes in him. Can he escape the attention of a psychopath long enough to help her?

A not-exactly legal PI, Crowe is blackmailed into tracking down a serial killer known as The Scavenger. At the same time, he finds himself increasingly plagued by visions - and eventually visitations - of a young girl he failed to save from being murdered a decade before.

Are these things connected?

Crowe must scavenge through the debris of a world going to pieces around him - at first just to survive and then to find the answers to questions he'd rather hadn't been asked.

'Scavengers is smart, dark, riveting crime fiction at its best. This is Hood at the top of his game.' - Kaaron Warren, author of The Grief Hole, Into Bones Like Oil, and Tide of Stone.