The Cigarette: A Political History (Paperback) 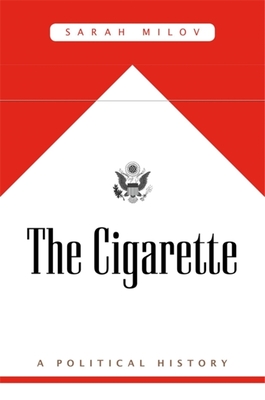 The Cigarette: A Political History (Paperback)

"Vaping gets all the attention now, but Milov's thorough study reminds us that smoking has always intersected with the government, for better or worse."
--New York Times Book Review From Jamestown to the Marlboro Man, tobacco has powered America's economy and shaped some of its most enduring myths. The story of tobacco's rise and fall may seem simple enough--a tale of science triumphing over corporate greed--but the truth is more complicated. After the Great Depression, government officials and tobacco farmers worked hand in hand to ensure that regulation was used to promote tobacco rather than protect consumers. As evidence of the connection between cigarettes and cancer grew, scientists struggled to secure federal regulation in the name of public health. What turned the tide, Sarah Milov reveals, was a new kind of politics: a movement for nonsmokers' rights. Activists took to the courts, the streets, city councils, and boardrooms to argue for smoke-free workplaces and allied with scientists to lobby elected officials. The Cigarette puts politics back at the heart of tobacco's rise and fall, dramatizing the battles over corporate influence, individual choice, government regulation, and science. "A nuanced and ultimately devastating indictment of government complicity with the worst excesses of American capitalism."
--New Republic "An impressive work of scholarship evincing years of spadework...A well-told story."
--Wall Street Journal "If you want to know what the smoke-filled rooms of midcentury America were really like, this is the book to read."
--Los Angeles Review of Books