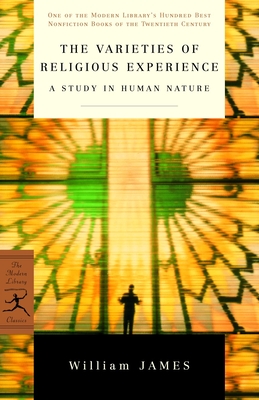 The Varieties of Religious Experience was an immediate bestseller upon its publication in June 1902. Reflecting the pluralistic views of psychologist turned philosopher William James, it posits that individual religious experiences, rather than the tenets of organized religions, form the backbone of religious life. James’s discussion of conversion, repentance, mysticism, and hope of reward and fears of punishment in the hereafter—as well as his observations on the religious experiences of such diverse thinkers as Voltaire, Emerson, Luther, and others—all support his thesis. Walter Houston Clark in Psychology Today deemed it “the most notable of all books in the field of the psychology of religion.”
William James (1842–1910), brother of writer Henry James, was born in New York and studied medicine at Harvard, where he taught from 1872; James continued on to write books and become one of the most renowned psychologist-philosophers in the Western world. His other famous works include Principles of Psychology (1890) and Pragmatism (1907).