The Art of Cross Examination (Paperback) 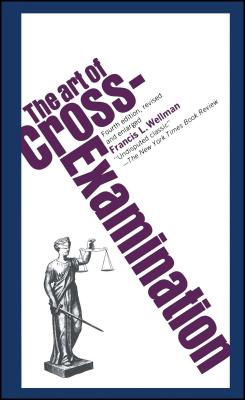 The Art of Cross Examination (Paperback)


Not On Our Shelves—Ships in 1-5 Days
As the modern methods of practicing the law profession have had a tendency to discourage court oratory and the development of orators, The Art of Cross Examination seeks to bring back the great oratory skills of the past to lawyers everywhere.

With our modern jurymen the arts of oratory,—"law-papers on fire," as Lord Brougham's speeches used to be called,—though still enjoyed as impassioned literary efforts, have become almost useless as persuasive arguments or as a "summing up" as they are now called. But not anymore.
Francis L. Wellman was a practicing attorney in New York and an assistant district attorney in New York City.