The Cultural Contradictions of Democracy: Political Thought Since September 11 (Hardcover) 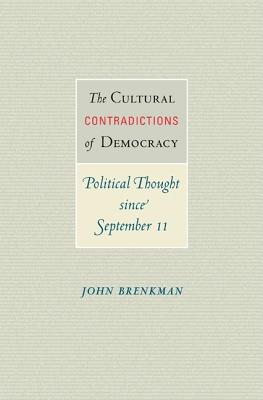 The Cultural Contradictions of Democracy: Political Thought Since September 11 (Hardcover)

Since 9/11, American foreign policy has been guided by grand ideas like tyranny, democracy, and freedom. And yet the course of events has played havoc with the cherished assumptions of hawks and doves alike. The geo-civil war afflicting the Muslim world from Lebanon through Iraq and Afghanistan to Pakistan confronts the West with the need to articulate anew what its political ideas and ideals actually are. In The Cultural Contradictions of Democracy, John Brenkman dissects the rhetoric that has corrupted today's political discourse and abused the idea of freedom and democracy in foreign affairs. Looking back to the original assumptions and contradictions that animate democratic thought, he attempts to resuscitate the language of liberty and give political debate a fresh basis amid the present global turmoil.

The Cultural Contradictions of Democracy picks apart the intellectual design and messianic ambitions of the neoconservative American foreign policy articulated by figures such as Robert Kagan and Paul Berman; it casts the same critical eye on a wide range of liberal and leftist thinkers, including Noam Chomsky and J rgen Habermas, and probes the severe crisis that afflicts progressive political thought. Brenkman draws on the contrary visions of Hobbes, Kant, Max Weber, Hannah Arendt, and Isaiah Berlin in order to disclose the new contours of conflict in the age of geo-civil war, and to illuminate the challenges and risks of contemporary democracy.
John Brenkman is distinguished professor at the City University of New York and director of the U.S.-Europe Seminar at Baruch College. He has published widely on culture and political theory. He lives in New York and Paris.