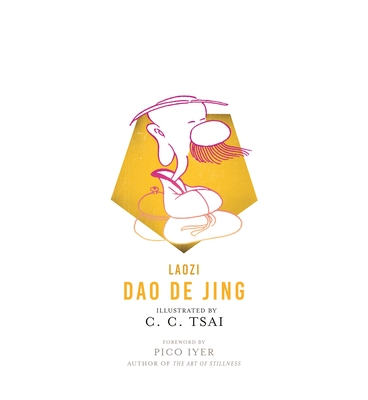 C. C. Tsai is one of Asia's most popular cartoonists, and his editions of the Chinese classics have sold more than 40 million copies in over twenty languages. Here, he works his magic again with a delightful graphic adaptation of the complete text of Laozi's Dao De Jing, the beloved source of Daoist philosophy. Masterfully transforming Laozi's challenging work into entertaining and enlightening episodes, Tsai offers a uniquely fresh, relevant, and accessible version of one of the world's most influential books. After opening with Laozi's biography from the Shi Ji, Tsai turns the stage over to Laozi, who patiently explains his ideas to his earnest students (and us). Laozi describes the spontaneity of natural processes, the paradoxical effects of ethical precepts, the limits of language, the values of simplicity, and, above all else, how to go with the flow. In brief episodes that tantalize and inspire, he takes us into the subtle complexities of human existence. Ultimately, Laozi, a master visionary, guides us to the mountaintop to reveal an expansive view of life. A marvelous edition of a timeless classic, this book also presents Laozi's original Chinese text in sidebars on each page, enriching the book for readers and students of Chinese without distracting from the English-language cartoons. The text is skillfully translated by Brian Bruya, who also provides an illuminating introduction.
C. C. Tsai is one of Asia's most beloved illustrators. His bestselling editions of the Chinese classics have introduced generations of readers to the wisdom of such luminaries as Confucius, Sunzi, and Zhuangzi. Born in Taiwan, Tsai now lives in Hangzhou, China. Pico Iyer is the author of fifteen books, including The Global Soul, Autumn Light, and The Open Road, a meditation on thirty-four years spent talking with the Dalai Lama. Iyer's four TED talks have been viewed nine million times. Brian Bruya is professor of philosophy at Eastern Michigan University, where he teaches Chinese and comparative philosophy. He has translated many of Tsai's books into English.