The War That Doesn't Say Its Name: The Unending Conflict in the Congo (Hardcover) 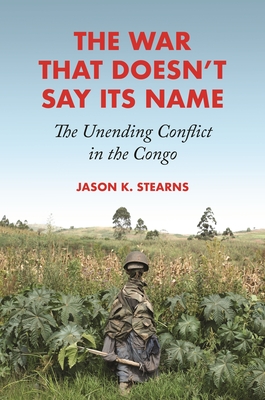 The War That Doesn't Say Its Name: The Unending Conflict in the Congo (Hardcover)

Well into its third decade, the military conflict in the Democratic Republic of the Congo has been dubbed a "forever war"--a perpetual cycle of war, civil unrest, and local feuds over power and identity. Millions have died in one of the worst humanitarian calamities of our time. The War That Doesn't Say Its Name investigates the most recent phase of this conflict, asking why the peace deal of 2003--accompanied by the largest United Nations peacekeeping mission in the world and tens of billions in international aid--has failed to stop the violence. Jason Stearns argues that the fighting has become an end in itself, carried forward in substantial part through the apathy and complicity of local and international actors. Stearns shows that regardless of the suffering, there has emerged a narrow military bourgeoisie of commanders and politicians for whom the conflict is a source of survival, dignity, and profit. Foreign donors provide food and urgent health care for millions, preventing the Congolese state from collapsing, but this involvement has not yielded transformational change. Stearns gives a detailed historical account of this period, focusing on the main players--Congolese and Rwandan states and the main armed groups. He extrapolates from these dynamics to other conflicts across Africa and presents a theory of conflict that highlights the interests of the belligerents and the social structures from which they arise. Exploring how violence in the Congo has become preoccupied with its own reproduction, The War That Doesn't Say Its Name sheds light on why certain military feuds persist without resolution.
Jason K. Stearns is an assistant professor in the School for International Studies at Simon Fraser University and the founder and director of the Congo Research Group at New York University. He is the author of Dancing in the Glory of Monsters. He lives in Vancouver, Canada. Twitter @jasonkstearns