Leadership and the Rise of Great Powers (Princeton-China #1) (Paperback) 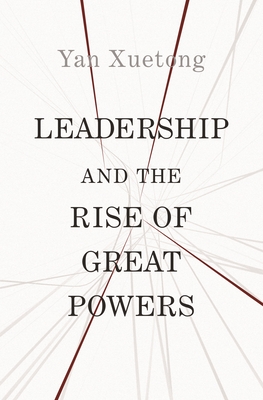 Leadership and the Rise of Great Powers (Princeton-China #1) (Paperback)

This is book number 1 in the Princeton-China series.

Why has China grown increasingly important in the world arena while lagging behind the United States and its allies across certain sectors? Using the lens of classical Chinese political theory, Leadership and the Rise of Great Powers explains China's expanding influence by presenting a moral-realist theory that attributes the rise and fall of great powers to political leadership. Yan Xuetong shows that the stronger a rising state's political leadership, the more likely it is to displace a prevailing state in the international system. Yan shows how rising states like China transform the international order by reshaping power distribution and norms, and he considers America's relative decline in international stature even as its economy, education system, military, political institutions, and technology hold steady. Leadership and the Rise of Great Powers offers a provocative, alternative perspective on the changing dominance of states.
Yan Xuetong is distinguished professor at Tsinghua University in China and foreign member of the Russian Academy of Sciences. His books include Ancient Chinese Thought, Modern Chinese Power (Princeton).