The Unexpected Gambler: A History of Casinos Cheating the Public and One Gambler's Revenge (Paperback) 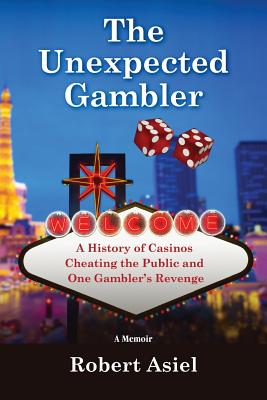 The Unexpected Gambler: A History of Casinos Cheating the Public and One Gambler's Revenge (Paperback)


Not On Our Shelves—Ships in 1-5 Days
(This book cannot be returned.)
An unknown chapter of gambling history that begins in "The Golden Age of Las Vegas." The author details how crooked casinos cheat, and describes the people who retaliate against them called crossroaders. He reveals the methods both sides use that he learned from veteran crossroaders who taught him how to beat casinos. It led to adventures throughout the U.S., Europe, and the Caribbean, where there's intrigue, danger, and celebrity. Robert explains how he and his hand-picked friends beat all casino games in all major casinos, gambling boats, and cruise ships for decades. They used sleight-of-hand, doctored dice, hi-tech marking inks, and other methods. The author invented a magical sleight-of-hand 21 move that was imperceptible and fooled every 21 dealer, casino boss, and surveillance system he faced. When the casinos realized they couldn't stop him, they changed from pitching the cards face-down to dealing them face-up. A true story, entertaining and informative.
Robert Asiel left his home in Jersey City, New Jersey, as a sixteen-year-old seeking adventure and a new life. He headed west on a Greyhound bus for Las Vegas where he worked as a lifeguard for several months then moved into the fast lane as a 21 dealer using a fake ID. He soon became a successful crossroader beating the crooked casinos until he was drafted into the U.S. Army. After a tour in Vietnam, he returned to a long crossroading career. Today, he lives near his family with his dog, Scout.