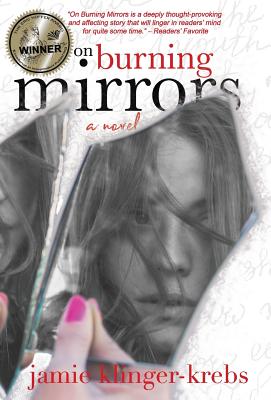 On the outside forty-year-old Jules Kanter seems to have the perfect life--a beautiful daughter, a loving husband, and a successful career as the arts and entertainment editor for an award-winning newspaper. But, Jules also has well-hidden secrets.

While celebrating the Milwaukee Journal Sentinel's recent Pulitzer Prize win, Jules meets Erin, a thirty-four-year-old musician/bartender who instantly catches her attention. As a talented performer who rose to stardom in Nashville, Erin's career faded almost as soon as it began. After using drugs and lying about her sexuality, Erin lost her record deal and narrowly escaped jail, only to find herself back in her hometown, working at a bar and caring for her ailing mother. Intrigued by Erin's checkered past, Jules becomes a regular patron at the bar and consistently hounds Erin for permission to write her story. Though repeatedly turning down her attempts for an interview, Jules begins to pique Erin's interest as well. Soon the pair finds themselves in the midst of an illicit (and very secret) affair.

Then, on a snowy January night while driving home from Erin's apartment, Jules is tragically killed in a car accident. Weeks later, her husband, Will, who is struggling with grief and sobriety, discovers evidence of her affair on her cell phone.

Attempting to understand how his wife could be involved in a same-sex affair, Will uncovers an article Jules wrote about Erin, as well as poetic and confessional letters she addressed to herself. Needing the truth, Will tracks Erin down and angrily confronts her, but the pair begins to realize just how much Jules hid from them both. But, another unexpected twist surfaces when Jules' editor comes forward with an unpublished column in which Jules intended not only to publicly admit her affair with Erin, but also explain her long-denied sexuality--a truth, she says in her own words, that must first be admitted when facing yourself in the mirror.

On Burning Mirrors has received the following awards and recognitions:

What readers are saying about On Burning Mirrors:

"Wow is all I can say about this book. It's bittersweet, tragic, and even difficult at times, but I can honestly say I haven't read a story quite like it before."

"The character development of Will and Erin is beyond reproach and left my heart aching for them both."

"The story bounces back and forth from past to present, I love how the author did this beautifully with no loose ends."

"A thought-provoking character study on sexual identity, marriage and family, and self-authenticity."