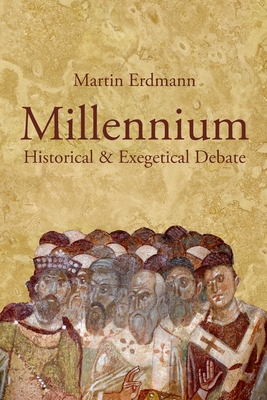 
Not On Our Shelves—Ships in 1-5 Days
(This book cannot be returned.)
The belief in a literal millennium was an important aspect in the Christian eschatology of the ante-Nicene age. Most of the Asiatic Church Fathers derived their chiliastic convictions not only from the millennial passage of Revelation, but also from the Jewish concept of a Golden Age, as described by the Hebrew Prophets and further developed by Jewish apocalyptic writers. The chiliastic doctrine was challenged, on exegetical and philosophical grounds, by the Alexandrian school of theology in the third century. The Church's elevation to imperial favour by Constantine was followed by a further shift in the understanding of the millennium. The chiliastic hope of a future earthly reign of Christ was substituted with the view of a realized millennium constituting the secular dominion of the Roman Church. The factor which most contributed to this change was Augustine's spiritualized interpretation of the first resurrection. He understood it to mean a resurrection of those dead in sin, raised to spiritual life. In his book, De civitate dei, he advanced the opinion that the kingdom of God was already set up at Christ's first coming and nothing remained to be accomplished before the final judgment except the brief reign of the Antichrist. Thus the teaching of a literal millennium became discredited because it was perverted by some of its friends and misrepresented by its opponents.