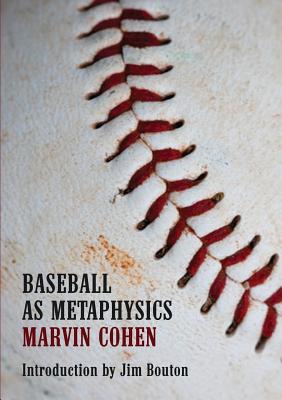 "Cohen is a superfan, and he has written an intellectual manual for his co-religionists. They know who they are and they will cherish this manual. But anyone who has spent a soft, green afternoon, his shirt open at the throat to the sun, the whistles and chatter of the infield drifting up to the edge of his mind, watching, absorbing, taking in a baseball game, will cherish it."
-- From the introduction by Jim Bouton, former Major League pitcher and author of the 1970 controversial bestseller Ball Four.

Originally published in 1974 as Baseball the Beautiful: Decoding the Diamond, this new paperback edition has been completely reformatted and contains the full text of the original version. According to the bio that Marvin Cohen, now 86, wrote for his website, the original publisher took the liberty of changing the book's now restored title "for commercial feasibility and to bring in the lumbering lowbrow audience."

This new edition also contains a later essay that did not appear in the original, and the author has also written a new foreword.