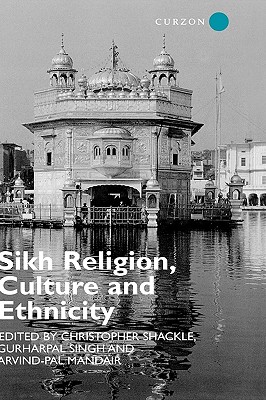 
Not On Our Shelves—Ships in 1-5 Days
(This book cannot be returned.)
This book brings together new approaches to the study of Sikh religion, culture and ethnicity being pursued in the diaspora by Sikh academics in western universities in Britain and North America. An important aspect of the volume is the diversity of topics that are engaged - including film and gender theory, theology, hermeneutics, deconstruction, semiotics and race theory - and brought to bear on the individual contributors' specialism within Sikh studies, thereby helping to explode previously static dichotomies such as insider vs. outsider or history vs. tradition. The volume should have strong appeal both to an academic market including students of politics, religious studies and South Asian studies, and to a more general English-speaking Sikh readership.
Christopher Shackle, Gurharpal Singh, Arvind-pal Singh Mandair