The Supernatural in the New Testament (Interpreting the Bible) (Paperback) 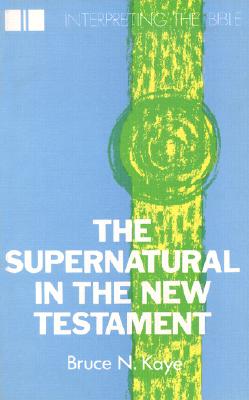 The Supernatural in the New Testament (Interpreting the Bible) (Paperback)


Special Order—Subject to Availability
(This book cannot be returned.)
When people read the New Testament they are sometimes puzzled by the supernatural stories: miracles of healing, storms that are stilled, poisonous snakes with no effect and a wily Satan who engages in direct temptation. Some have no difficulty with such stories. This is the world of the Bible and the reader must expect such like. Those who cannot believe that have either abandoned the Bible and its world altogether or else they have devised ways of explaining (or explaining away ) events that puzzle them. Bruce Kaye seeks to avoid both extremes. Instead of asking what happened and how it happened he chooses instead to ask what it meant. Why did the early church relate and record these tales? And what did they mean? What did they say about God? So the reader begins to see that beyond the stories themselves there is truth about God and his world for every generation. Teachers will find useful lesson materials here, discussion group leaders will find something to start folk talking, and preachers will find a new approach to familiar passages. A companion volume, The Supernatural in the Old Testament by John Rogerson, is also published by the Lutterworth Press.