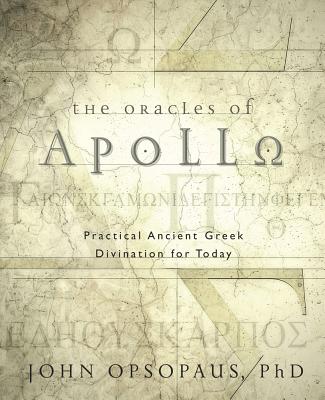 Throughout history, divination has been an important tool for seeking guidance from the gods. Fortunately, several classical divination systems are available to us again today. The Oracles of Apollo shows how to use two rediscovered divination systems: the Alphabet Oracle, a system that uses the ancient Greek alphabet, and the Counsels of the Seven Sages, a series of 147 short, oracular statements that were inscribed on tablets at Delphi.

This book shares divination techniques and rituals--including the use of alphabet stones, dice, staves, beads, and coins--and interpretations of the outcomes to help you integrate the wisdom of the gods and goddesses. These oracles were originally designed thousands of years ago to provide insights into practical matters and deeper issues...and they can be used again today.

John Opsopaus, PhD, (Tennessee) has practiced magic since the 1960s and his writing has been published in various magical and Neopagan magazines. He frequently presents workshops on Hellenic magic, Neopaganism, Pythagorean theurgy, and spiritual practices. John is a retired university professor with more than forty-five years of experience reading ancient Greek and Latin. He is also the author of Oracles of Apollo.