Dred Scott and the Dangers of a Political Court (Hardcover) 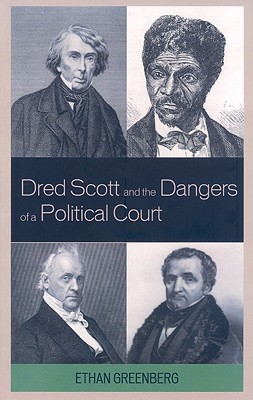 Dred Scott and the Dangers of a Political Court (Hardcover)


Not On Our Shelves—Ships in 1-5 Days
The Dred Scott decision of 1857 is widely (and correctly) regarded as the very worst in the long history of the U.S. Supreme Court. The decision held that no African American could ever be a U.S. citizen and declared that the Missouri Compromise of 1820 was unconstitutional and void. The decision thus appeared to promise that slavery would be forever protected in the great American West. Prompting mass outrage, the decision was a crucial step on the road that led to the Civil War. Dred Scott and the Dangers of a Political Court traces the history of the case and tells the story of many of the key people involved, including Dred and Harriet Scott, President James Buchanan, Chief Justice Roger Taney, and Abraham Lincoln. The book also examines in some detail each of the nine separate Opinions written by the Court's Justices, connecting each with the respective Justices' past views on slavery and the law. That examination demonstrates that the majority Justices were willing to embrace virtually any flimsy legal argument they could find at hand in an effort to justify the pro-slavery result they had predetermined. Many modern commentators view the case chiefly in relation to Roe v Wade and related controversies in modern constitutional law: some conservative critics attempt to argue that Dred Scott exemplifies "aspirationalism" or "judicial activism" gone wrong; some liberal critics in turn try to argue that Dred Scott instead represents "originalism" or "strict constructionism" run amok. Here, Judge Ethan Greenberg demonstrates that none of these modern critiques has much merit. The Dred Scott case was not about constitutional methodology, but chiefly about slavery, and about how very far the Dred Scott Court was willing to go to protect the political interests of the slave-holding South. The decision was wrong because the Court subordinated law and intellectual honesty to politics. The case thus exemplifies the dangers of a political Court.
Ethan Greenberg is an Acting New York State Supreme Court Justice and an Adjunct Professor at Fordham Law School.