Inventing and Reinventing the Goddess: Contemporary Iterations of Hindu Deities on the Move (Hardcover) 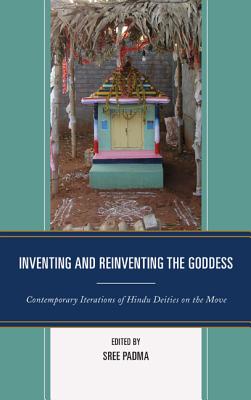 Inventing and Reinventing the Goddess: Contemporary Iterations of Hindu Deities on the Move (Hardcover)


Not On Our Shelves—Ships in 1-5 Days
Popular religion in village India is overwhelmingly dominated by goddess worship. Goddesses can be nationally well-known like Durga or Kali, or they can be an obscure deity who is only known in a particular rural locale. The origins of a goddess can be both ancient--with many transitions or amalgamations with other cults having occurred along the way--and very recent. While some have tribal origins, others sprout up overnight due to a vivid dream. Inventing and Reinventing the Goddess: Contemporary Iterations of Hindu Divinities on the Move looks at the nature of how and why goddesses are invented and reinvented historically in India and how social hierarchy, gender differences, and modernity play roles in these emerging religious phenomena.
Sree Padma is executive director of the Inter-Collegiate Sri Lanka Education (ISLE) Program and research assistant professor in Asian studies at Bowdoin College.