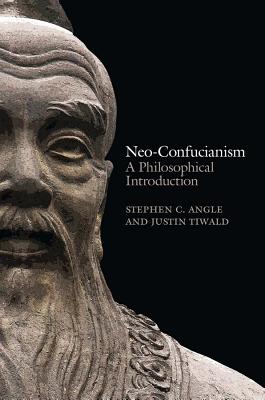 
Not On Our Shelves—Ships in 1-5 Days
(This book cannot be returned.)
Neo-Confucianism is a philosophically sophisticated tradition weaving classical Confucianism together with themes from Buddhism and Daoism. It began in China around the eleventh century CE, played a leading role in East Asian cultures over the last millennium, and has had a profound influence on modern Chinese society.

Based on the latest scholarship but presented in accessible language, Neo-Confucianism: A Philosophical Introduction is organized around themes that are central in Neo-Confucian philosophy, including the structure of the cosmos, human nature, ways of knowing, personal cultivation, and approaches to governance. The authors thus accomplish two things at once: they present the Neo-Confucians in their own, distinctive terms; and they enable contemporary readers to grasp what is at stake in the great Neo-Confucian debates.

This novel structure gives both students and scholars in philosophy, religion, history, and cultural studies a new window into one of the world's most important philosophical traditions.
Stephen C. Angle is Mansfield Freeman Professor of East Asian Studies at Wesleyan University. Justin Tiwald is Associate Professor of Philosophy at San Francisco State University.