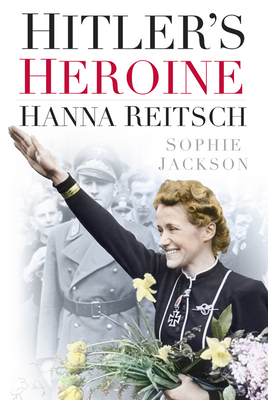 The story of the only woman in World War II to be awarded the Iron Cross, including her extreme flying and her relationship with Hitler

Hanna Reitsch longed to fly. Breaking records and earning the respect of the Nazi regime, she became the first female Luftwaffe test pilot, earning significant awards and becoming a personal heroine of Hitler's. Reitsch was an ardent Nazi and was prepared to die for the cause, first as a test pilot for the dangerous V1 rockets and later by volunteering for a suggested Nazi "kamikaze" squadron. After her capture she complained bitterly of not being able to die with her leader, but went on to live a celebrated flying career post-war, breaking more records for gliding. When she died a new mystery was created—did Hanna kill herself? Why did she die when she did? Using first-hand material including interviews with Hannah and newly released U.S. interrogation records, this book reveals new facts about the mysterious Hanna and cuts through the many myths that have surrounded her life and death, bringing the fascinating Reitsch back to life for the 21st century.

Sophie Jackson has been widely published in magazines including the Antiques Info Magazine, Daily Mirror, Family History Monthly, Your Family History, and Your Family Tree. She is the author of Churchill's White Rabbit.