The Hovercraft: A History (Paperback) 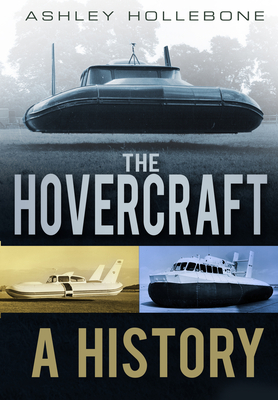 The Hovercraft: A History (Paperback)


Backordered
The hovercraft was first created in 1959, when Sir Christopher Cockerell came up with a prototype that crossed the English Channel. The SRN1, the first ever hovercraft, is now proudly housed by the Science Museum and this very British invention enjoys an active role in many arenas, from travel, leisure cruising and racing to lifesaving and transporting goods. This detailed book delves into the history of the hovercraft, from the early days of its development through to the commercial and military applications of the craft. It looks into the exciting world of hovercraft leisure, cruising and racing from amateur to Formula 1, and also explores the important role the hovercraft plays in rescues whether on water or delivering aid around the word in places that helicopters can’t reach. Finally, it details the types of hovercraft in use today, and what the future holds. The hovercraft is more than a product of 1960s Britain: it is one that has pushed the boundaries of transport as we look into the future and we have the back-shed culture of Britain to thank for its invention.