Peace and Conflict Resolution in Islam: Precept and Practice (Hardcover) 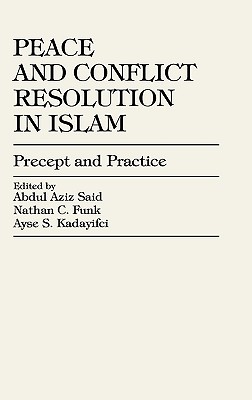 Peace and Conflict Resolution in Islam: Precept and Practice (Hardcover)


Not On Our Shelves—Ships in 1-5 Days
Peace and Conflict Resolution in Islam steps beyond the limitations of the traditional scholarly framework used to evaluate the politics of Islamic societies, and assembles a selection from the best available English-language writings on a matter of central importance in Islamic precepts: peace (salam) and conflict resolution. The writings present diverse Muslim views on the nature of peace and the processes of conflict resolution, giving expression to a range of syntheses or "paradigms" of Islamic precept and practice, including power politics, world order, nonviolence, and transformation of consciousness and character (Sufism). Attention is given to both the diversity and the underlying points of unity among Islamic perspectives on peace, which accentuate, variously, an absence of war, a presence of justice, and ecological harmony.
Abdul Aziz Said is Professor of International Relations at The American University, Washington, D.C.