God and Necessity: A Defense of Classical Theism (Paperback) 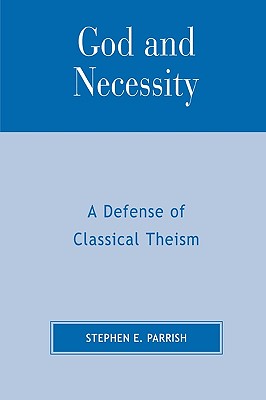 God and Necessity: A Defense of Classical Theism (Paperback)


Not On Our Shelves—Ships in 1-5 Days
God and Necessity: A Defense of Classical Theism argues that the God of classical theism exists and could not fail to exist. The book begins with the definition of key terms and analysis of the concepts of God and necessity. Extended examinations of the ontological, cosmological, and teleological arguments are given. The last chapters give an extended exposition and defense of the transcendental argument for God's existence. It is shown that rival accounts of the existence of universe, the Brute Fact and the Necessary Universe theories completely fail, while Necessary Deity, the concept of God existing in all possible worlds, succeeds. Only the latter can account for reality as it is, and can account for knowledge and justification.
Stephen E. Parrish is a Librarian and an Assistant Professor of Philosophy at William Tyndale College in Farmington Hills, Michigan.