This Is a Book for People Who Love the Royals (Hardcover) 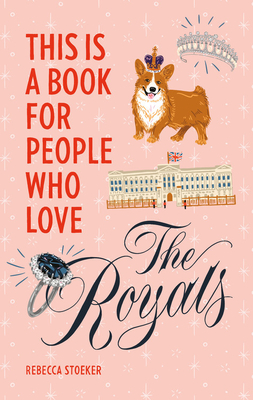 This Is a Book for People Who Love the Royals (Hardcover)


Special Order—Subject to Availability
From the line of succession to the Queen's corgis, this charming book is a perfect primer on the fascinating world of British royalty. Full of fun facts and surprising stories to delight longtime enthusiasts and new fans alike, This Is a Book for People Who Love the Royals digs into all of the aspects of everyone's favorite monarchy. Uncover the history of British royalty and answers to common questions -- like how royal titles work, who is in the line of succession, and why the guards at Buckingham Palace never smile -- as well as deep dives into fashion, jewelry, and other palace perks. Profiles of popular family members, including Her Majesty Queen Elizabeth II, Princess Diana, Prince William and Kate Middleton, and more, add personality to this irresistible celebration of the crown.
Rebecca Stoeker is an educator, historian, and royal enthusiast. Her research interests include classic Hollywood, the British royal family, and the US home front during World War II. After receiving a Masters in the United Kingdom, she returned to her native United States to teach high school history. Rebecca lives in Des Moines, Iowa.