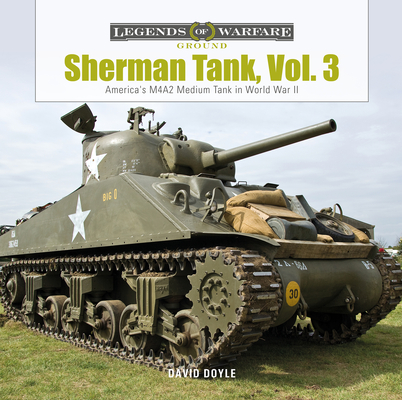 This is book number 22 in the Legends of Warfare: Ground series.

Powered by twin General Motors diesel engines, the M4A2 Sherman was the standard tank of the US Marine Corps during WWII. In such service, having a common fuel with many of the landing craft simplified logistics. The M4A2 was also supplied in large numbers to Russia as well as the British. The M4A2 was used in some of the most severe tank combat of the war, both on Pacific islands and on the Eastern Front. This book chronicles the development and use of these vehicles from concept to combat. Through dozens of archival photos, many never before published, as well as detailed photographs of some of the finest existent examples of surviving vehicles, these iconic armored fighting vehicles are explored, and their history is explained.