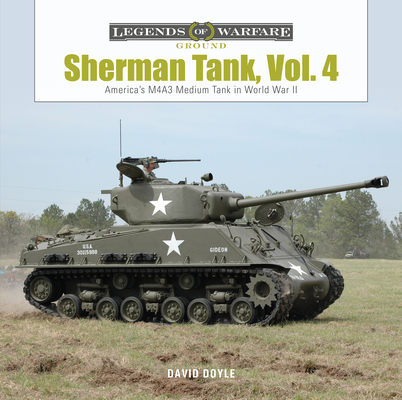 This is book number 25 in the Legends of Warfare: Ground series.

Powered by a massive Ford V-8 engine, the M4A3 Sherman was the standard tank of the US Army during the later stages of WWII, as well as the Korean War. The M4A3 was also supplied to the Marines during WWII, when the Corps faced a shortage of their preferred M4A2. The M4A3 was used by both services during the Korean War and was supplied in large numbers to Allied nations during the post-WWII rebuilding process. This book chronicles the development and use of these vehicles from concept to combat. This work contains several hundred first class images, many of which are in color.