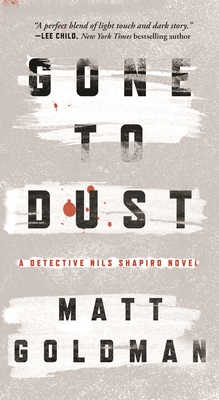 “A clever mystery that starts with a unique crime scene, mixes in a package of red herrings, and tops off the plot with Nils Shapiro, a private eye who is as interesting as his name.” —Phillip Margolin, New York Times bestselling author

“With his wry, observant eye and quick wit, plus a pressing need to follow the truth into dark, uncharted places, Shap is a more optimistic version of Ross MacDonald’s Lew Archer. Readers will look forward to his next investigative adventure.” —Publishers Weekly

“Clever and compelling...Goldman’s experience as a stand-up comic, playwright, and TV writer show to advantage in this first novel’s wit, the story’s pace, and his hero’s charm.” —Booklist