Psychoanalysis and Theism: Critical Reflections on the Grynbaum Thesis (Hardcover) 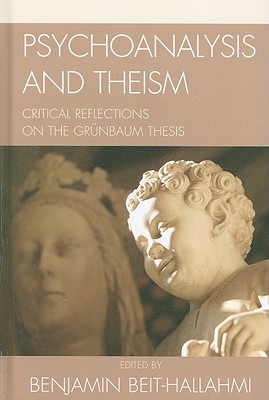 Psychoanalysis and Theism: Critical Reflections on the Grynbaum Thesis (Hardcover)


Not On Our Shelves—Ships in 1-5 Days
How should we approach the psychological study of religion, and how relevant is classical psychoanalysis, identified with the writings of Sigmund Freud, to the understanding of religion? Freud's writings on religion have been discussed often and continue to attract attention and debate. Psychoanalysis and Theism starts with an essay by Adolf Gr nbaum, one of the world's leading philosophers of science and an incisive critic of Freud's work. Gr nbaum looks at Freud's general claims about the psychological mechanisms involved in religion and finds them lacking. Then, in a surprising turn, Gr nbaum judges some of Freud's interpretations of concrete religious ideas and practices to be not only cogent, but indispensable. When it comes to the case of the belief in Virgin Birth, Gr nbaum finds an Oedipal interpretation to be our only choice. This remarkable essay is the stimulus for a symposium with nine senior scholars, coming from the fields of philosophy, psychology, sociology, and psychoanalysis, who present their critical reflections on how we should study religion, how we should treat Freud's ideas, and what the future directions in psychological research on concrete religious behavior should be. The contributors bring to this effort their varied fields of expertise, from analytical philosophy to experimental psychology. Of special interest are essays which deal with the Virgin Birth doctrine and its possible psychological sources and with the potential for future psychoanalytic studies of faith and ritual. Other essays focus on Freud's conscious and unconscious motivations for studying religion as well as the hidden biases and lacunae found in the social science literature on religious practices. This volume adds a unique combination of critical and knowledgeable voices to the debate on Sigmund Freud's legacy.
Benjamin Beit-Hallahmi, PhD, is professor of psychology at the University of Haifa and senior research associate at the Institute for the Study of Secularism in Society and Culture, Trinity College, Hartford, Connecticut.