The Active Life: A Spirituality of Work, Creativity, and Caring (Paperback) 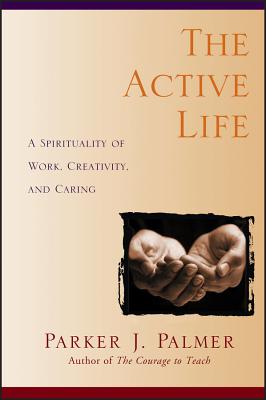 The Active Life: A Spirituality of Work, Creativity, and Caring (Paperback)


Special Order—Subject to Availability
(This book cannot be returned.)
The Active Life is Parker J. Palmer's deep and graceful exploration of a spirituality for the busy, sometimes frenetic lives many of us lead. Telling evocative stories from a variety of religious traditions, including Taoist, Jewish, and Christian, Palmer shows that the spiritual life does not mean abandoning the world but engaging it more deeply through life-giving action. He celebrates both the problems and potentials of the active life, revealing how much they have to teach us about ourselves, the world, and God.
The Author PARKER J. PALMER is a highly respected writer, lecturer, teacher, and activist. The Leadership Project, a 1998 survey of 10,000 American educators, named him one of the thirty most influential senior leaders in higher education and one of the ten key "agenda-setters" of the past decade. Author of six other books--including the bestsellers Let Your Life Speak, The Courage to Teach, and A Hidden Wholeness--his writing has been recognized with eight honorary doctorates and several national awards. He holds a Ph.D. from the University of California at Berkeley and lives in Madison, Wisconsin.