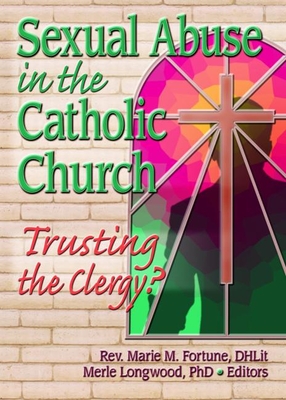 Sexual Abuse in the Catholic Church is an eye-opening collection of Catholic and non-Catholic perspectives, statements, and responses regarding Catholic clergy sexual abuse from a public symposium entitled Trusting the Clergy? This book includes the viewpoints of some of today's most influential members of the Catholic Church, such as Archbishop Harry J. Flynn, Bishop Howard Hubbard, and Father Donald B. Cozzens. It will bring you up to date on the ways in which the American Catholic bishops have dealt, or are attempting to deal, with the sexual abuse scandal. In Sexual Abuse in the Catholic Church, Archbishop Harry J. Flynn offers a bishop's perspective on the sexual abuse crisis and describes how the United States Catholic Conference of Bishops (USCCB) has responded to issues of clergy sexual abuse since the 1980s. Fr. Donald B. Cozzens summarizes what has been learned from the clergy abuse crisis, and then moves to the systemic issues that need to be addressednot just personal relationships but issues of structure and meaning. This book also includes viewpoints about the Catholic Church from renowned scholars and non-Catholic church leaders, including Michael J. Bland and Rev. Dr. Marie M. Fortune. This book offers presentations on:

Sexual Abuse in the Catholic Church provides a historical marker for the state of the church's discussion one year after the Boston Archdiocese was faced with intense media scrutiny resulting in the resignation of Cardinal Bernard Law. This book is a unique collection of credible, diverse voices engaged in public discussion of a difficult social problem facing the church. Use it to formulate your own opinion on how the Catholic community is responding to the sexual abuse scandal.