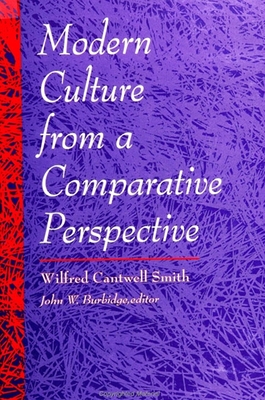 
Special Order—Subject to Availability
As an historian of religion, Wilfred Cantwell Smith has investigated the way religious traditions define themselves, the nature of faith over the centuries, and the scriptures that have offered anticipations of eternity. In this book he turns to modern culture and finds that its past has been defined, not only by traditions that are normally called religious, but also by the disciplined quest for Truth. Philosophia, as this tradition may be called, draws its heritage from Greece, and has inspired scholarship throughout the ages. However, the ideal of objectivity, which has come to define the standard for this tradition, has had unfortunate results. The human encounter with transcendence, which overwhelms all existence, has been considered as no more than a peculiarity of the human alone, to be categorized and separated from other aspects of life. The result is a dehumanized view of truth, which all too often evokes fundamentalist reactions. Smith concludes with a call to rediscover the dimension of transcendence. Objectivity means more than reducing the human to the calculable. To treat people as they are in themselves is to understand them as subjects, to treat all aspects of their existence as worthy of respect and study, and to grasp what it means to be captured by a reality that overwhelms the confines of our limited world.
Wilfred Cantwell Smith is Professor Emeritus of the Comparative History of Religion at Harvard University. He is the author of many books including Islam in Modern History; The Meaning and End of Religion; Belief and History; Faith and Belief; Towards a World Theology: Faith and the Comparative History of Religion; and What is Scripture?: A Comparative Approach. John W. Burbidge is Professor of Philosophy at Trent University. He is the author of Hegel on Logic and Religion: The Reasonableness of Christianity, also published by SUNY Press, as well as Being and Will: An Essay in Philosophical Theology; On Hegel's Logic: Fragments of a Commentary; and Real Process: How Logic and Chemistry Combine in Hegel's Philosophy of Nature.