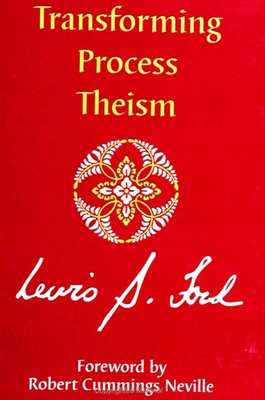 
Special Order—Subject to Availability
Process theism, in a variety of manifestations and modifications stemming from Whitehead's original suggestions, dominates discussions of philosophical and natural theology in Europe and America. In Transforming Process Theism Ford argues that subsequent modifications of Whitehead's original line of thought mask a fundamental and unresolved aporia in that original proposal: since only past or "objectified" determinate events can influence present experiences and since God, as conceived by Whitehead, is never fully determinate or objectifiable as a "past event," it is difficult to see how this divine persuasive power can have any influence on the present as a source of creativity and genuinely new possibilities for enactment. Ford meticulously reconstructs and evaluates Whitehead's own versions of theism, and he critically appraises the most influential subsequent modifications of these unrecognized variants by other process thinkers. He recovers the original trajectory of Whitehead's continuous revision of his conception of God, and forges an appropriate solution to this central aporia. He concludes that--consistent with Whitehead's overarching metaphysical principles, there is another kind of causal influence that does not require objectification, and is the opposite of past determinateness. The future, conceived as active, offers an account of subjectivity which is both universal and transcendent. God, according to Ford's revisions, must be understood as this particular but indefinite creativity or universal activity of the future, bestowing subjectivity on each present occasion of experience without ever becoming determinate.
Lewis S. Ford is Louis I. Jaffe Professor of Philosophy, Emeritus, Old Dominion University. He is the author of The Emergence of Whitehead's Metaphysics, 1925-1929, also published by SUNY Press, The Lure of God: A Biblical Background for Process Theism, and he is coeditor (with George L. Kline) of Explorations in Whitehead's Philosophy. From 1971-1996, he was the editor of the scholarly quarterly, Process Studies.