Chinese Gleams of Sufi Light: Wang Tai-Yu's Great Learning of the Pure and Real and Liu Chih's Displaying the Concealment of the Real Realm. with a (Paperback) 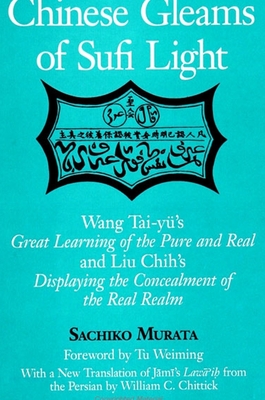 Chinese Gleams of Sufi Light: Wang Tai-Yu's Great Learning of the Pure and Real and Liu Chih's Displaying the Concealment of the Real Realm. with a (Paperback)


Not On Our Shelves—Ships in 1-5 Days
(This book cannot be returned.)
Chinese Gleams of Sufi Light investigates, for the first time in a Western language, the manner in which the Muslim scholars of China adapted the Chinese tradition to their own needs during the seventeenth and eighteenth centuries. The book surveys the 1400-year history of Islam in China and explores why the four books translated from Islamic languages into Chinese before the twentieth century were all Persian Sufi texts. The author also looks carefully at the two most important Muslim authors of books in the Chinese language, Wang Tai-yu and Liu Chih. Murata shows how they assimilated Confucian social teachings and Neo-Confucian metaphysics, as well as Buddhism and Taoism, into Islamic thought. She presents full translations of Wang's Great Learning of the Pure and Real--a text on the principles of Islam--and Liu Chih's Displaying the Concealment of the Real Realm, which in turn is a translation from Persian of Lawa'ih', a famous Sufi text by Jami. A new translation of Jami's Lawa'ih' from the Persian by William C. Chittick is juxtaposed with Liu Chih's work, revealing the latter's techniques in adapting the text to the Chinese language and Chinese thought.
Sachiko Murata is Associate Professor of Comparative Studies at the State University of New York at Stony Brook and author of The Tao of Islam: A Sourcebook on Gender Relationships in Islamic Thought, also published by SUNY Press.