Reconciling Yogas: Haribhadra's Collection of Views on Yoga with a New Translation of Haribhadra's Yogadrstisamuccaya by Christopher Key (Paperback) 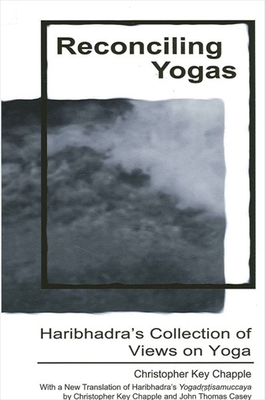 Reconciling Yogas: Haribhadra's Collection of Views on Yoga with a New Translation of Haribhadra's Yogadrstisamuccaya by Christopher Key (Paperback)


Special Order—Subject to Availability
Reconciling Yogas explores five approaches to the accomplishment of Yoga from a variety of religious perspectives: Jaina, Hindu, and Buddhist. Haribhadra, a prolific Jaina scholar who espoused a universal view of religion, proclaimed that truth can be found in all faiths and sought to elucidate differences between various schools of thought. In Yoga, he discovered a form of spiritual practice common to many faiths and juxtaposed their paths to demonstrate the common goal of liberation. Utilizing the structure of Pata jali's advanced eightfold path of Yoga in the Yoga Sutra, Haribhadra formulates his own eight stages of Yoga to which he assigns titles in the feminine gender that echo the names of goddesses. Discussed are the Jaina stages of spiritual ascent and two forms of Yoga for which there is no other account. Also included is a new translation of the Yogadrstisamuccaya, an eighth-century text by Haribhadra.
Christopher Key Chapple is Professor of Theological Studies and Director of Asian and Pacific Studies at Loyola Marymount University. He has published several books, including Karma and Creativity and Nonviolence to Animals, Earth, and Self in Asian Traditions, both with SUNY Press. John Thomas Casey is Visiting Professor of Theological Studies at Loyola Marymount University.