The Deities Are Many: A Polytheistic Theology (Hardcover) 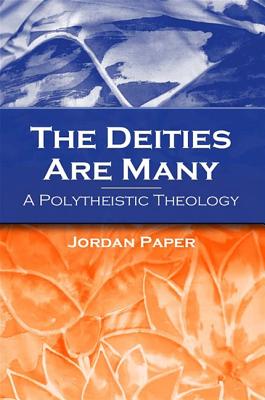 The Deities Are Many: A Polytheistic Theology (Hardcover)


Special Order—Subject to Availability
The Deities Are Many is a lively and learned introduction to polytheism. Drawing from both his scholarly research and his personal experience, author Jordan Paper is the ideal guide into this milieu. Paper was drawn to polytheism through his love of nature, seeing it as a source of the divine. In this book he focuses on Chinese and Native American religious traditions, as well as West African, African-Brazilian, Hindu, Polynesian, and circum-Polar traditions, to describe the theology of polytheism. The book provides a topology of polytheistic deities, focusing on the cosmic couple, Father Sky and Mother Earth; animal, plant, and mineral deities; ancestral spirits; divine ghosts; and culture heroes and tricksters. Paper also shows how monotheists misunderstand polytheism and provides a polytheist perspective on what it means to be human when the "deities are many." This is a fascinating, illuminating book, especially for those raised in monotheistic societies.
Jordan Paper is Professor Emeritus of Humanities (Religious Studies, East Asian Studies) at York University. He is also an Associate Fellow at the Centre for Studies in Religion and Society and Adjunct Professor in the Indigenous Governance Program at the University of Victoria. He is the author of several books, including The Mystic Experience: A Descriptive and Comparative Analysis and The Spirits Are Drunk: Comparative Approaches to Chinese Religion, both published by SUNY Press, as well as Through the Earth Darkly: Female Spirituality in Comparative Perspective and Offering Smoke: The Sacred Pipe and Native American Religion.