Guardians of the Transcendent: An Ethnography of a Jain Ascetic Community (Anthropological Horizons) (Paperback) 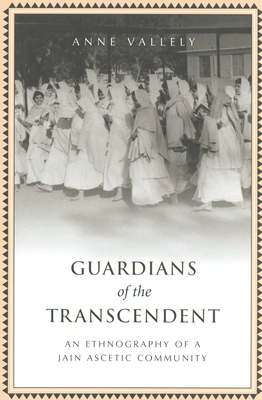 Guardians of the Transcendent: An Ethnography of a Jain Ascetic Community (Anthropological Horizons) (Paperback)

Itinerant white-robed ascetics represent the highest ethical ideal among the Jains of rural Rajasthan. They renounce family, belongings, and desires in order to lead lives of complete non-violence. In their communities, Jain ascetics play key roles as teachers and exemplars of the truth; they are embodiments of the lokottar - the realm of the transcendent.

Based on thirteen months of fieldwork in the town of Ladnun, Rajasthan, India, among a community of Terapanthi Svetambar Jains, this book explores the many facets of what constitutes a moral life within the Terapanthi ascetic community, and examines the central role ascetics play in upholding the Jain moral order. Focussing on the Terapanthi moral universe from the perspective of female renouncers, Vallely considers how Terapanthi Jain women create their own ascetic subjectivities, and how they construct and understand themselves as symbols of renunciation. The first in-depth ethnographic study of this important and influential Jain tradition, this work makes a significant contribution to Jain studies, comparative religion, Indian studies, and the anthropology of South Asian religion.