Information Wars: How We Lost the Global Battle Against Disinformation and What We Can Do about It (Paperback) 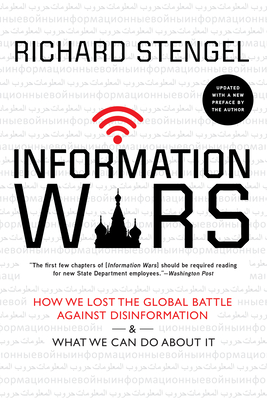 Information Wars: How We Lost the Global Battle Against Disinformation and What We Can Do about It (Paperback)


In Stock—Click for Locations
Richard Stengel was the Under Secretary of State for Public Diplomacy and Public Affairs from 2013-2016. Before working at the State Department, he was the Editor of TIME for seven years, from 2006-2013. From 1992 to 1994, he collaborated with Nelson Mandela on the South African leader's autobiography Long Walk to Freedom. Stengel later wrote Mandela's Way, a New York Times best-seller, on his experience working with Mandela. He is the author of several other books, including January Sun, a book about life in a small South African town as well as You're Too Kind: A Brief History of Flattery. He is an NBC/MSNBC analyst and lives in New York