What If Jesus Was Serious about the Church?: A Visual Guide to Becoming the Community Jesus Intended (Paperback) 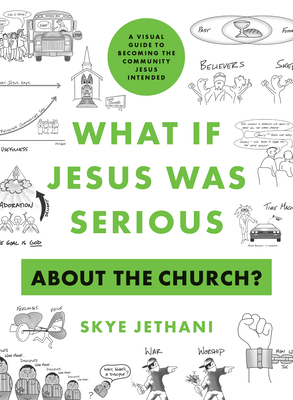 What If Jesus Was Serious about the Church?: A Visual Guide to Becoming the Community Jesus Intended (Paperback)


Not On Our Shelves—Ships in 1-5 Days
Researchers have uncovered the following three trends: First, distrust of institutions, including the church, is at an all-time high. Second, young people raised in the church are leaving at alarming rates and not returning. Third, loneliness and social isolation are at pandemic levels. What’s the connection? It appears that an entire generation is starving for the very thing the church is called to provide but has chosen to look for it elsewhere. Why is this happening? Following the model set by What If Jesus Was Serious?—short readings and engaging illustrations—What If Jesus Was Serious about the Church? looks at what the Bible really says about the church, its purpose, and the impact of its modern captivity to consumer values. Rather than an event, a building, or an institution, the New Testament calls the church to be a community living in communion with God and one another for the sake of the world.
SKYE JETHANI is an author, speaker, consultant and ordained pastor. He also serves as the co-host (along with Phil Vischer) of The Holy Post Podcast, a popular weekly show that blends astute cultural and theological insights with comical conversation. He has been a sought-after consultant for groups facing challenges at the intersection of faith and culture like The Lausanne Movement, The White House Office of Faith-Based and Neighborhood Partnerships, and the Interfaith Youth Core. Included in his writings are The Divine Commodity: Discovering a Faith Beyond Consumer Christianity, WITH: Reimagining the Way You Relate to God, and Futureville. Skye and his wife Amanda have three children: Zoe, Isaac, and Lucy and reside in Wheaton, IL.