The Destruction of the Canaanites: God, Genocide, and Biblical Interpretation (Paperback) 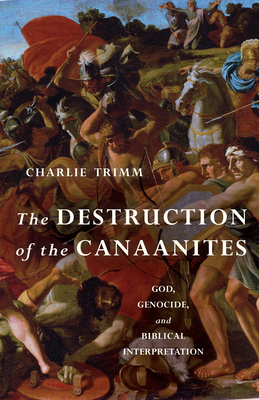 The Destruction of the Canaanites: God, Genocide, and Biblical Interpretation (Paperback)

How can a good God command genocide?

In this short, accessible offering, Charlie Trimm provides the resources needed to make sense of one of the Bible's most difficult ethical problems--the Israelite destruction of the Canaanites as told in the books of Deuteronomy, Joshua, and Judges.

Trimm begins with a survey of important background issues, including the nature of warfare in the ancient Near East, the concept of genocide (with perspectives gleaned from the field of genocide studies), and the history and identity of the Canaanite people. With this foundation in place, he then introduces four possible approaches to reconciling biblical violence:

The depth of material provided in concise form makes Trimm's book ideal as a supplementary textbook or as a primer for any Christian perturbed by the stories of the destruction of the Canaanites in the Old Testament.

Charlie Trimm is associate professor of biblical and theological studies at Talbot School of Theology, Biola University. He is the coauthor, with Brittany Kim, of Understanding Old Testament Theology and the author of Fighting for the King and the Gods: A Survey of Warfare in the Ancient Near East and "YHWH Fights for Them!" The Divine Warrior in the Exodus Narrative.